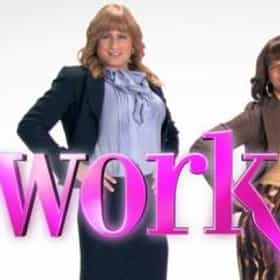 Work It is an American television sitcom that ran on ABC from January 3 to January 10, 2012 as a mid-season replacement for the canceled Man Up!. The series is set in St. Louis, and is about two men who must dress as women in order to keep a job in a bad economy. The series had received overwhelmingly negative reviews. The series premiere was watched by an American audience of 6.16 million. Ratings dropped to 4.9 million viewers in the second episode, and the series was canceled by ABC on January 13, 2012. ... more on Wikipedia