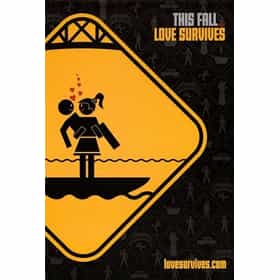 Wristcutters: A Love Story is a 2006 American black comedy romance road movie written and directed by Goran Dukić, starring Patrick Fugit, Shea Whigham, and Shannyn Sossamon. Its premise is set in a strange afterlife way-station that has been reserved for people who have taken their own lives. It is based on Etgar Keret's short story "Kneller's Happy Campers". A graphic novel version was titled Pizzeria Kamikaze. The film was originally intended to be shot on super-16 color infrared film, which was produced specially by Kodak. The color-shifts inherent in using this kind of film were thought to enhance the parallel world feel to the action. ... more on Wikipedia

Wristcutters: A Love Story is ranked on...

Wristcutters: A Love Story is also found on...