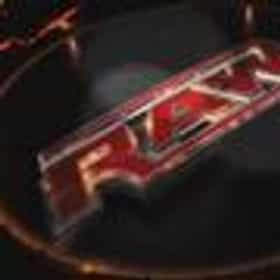 WWE Raw is a sports entertainment television program that currently airs live on Monday evenings on the USA Network in the United States and Tuesday mornings on Sky Sports in the United Kingdom. It also airs live in India on Tuesday mornings on Ten Sports. The show debuted on January 11, 1993 and since has been the flagship program of WWE's syndicated programming. WWE Raw moved from the USA Network to TNN in September 2000 and then to Spike in August 2003, when TNN was rebranded. On October 3, 2005, WWE Raw returned to the USA Network, where it remains today. Since its first episode, WWE Raw has broadcast live from 208 different arenas in 171 cities and towns in ten different nations. ... more on Wikipedia

#350 of 483 The Funniest TV Shows of All Time 532.7k VOTES   The funniest TV shows ever range from some of the best TV shows of recent memory to some of the best TV shows of al...
#591 of 687 The Greatest Shows of the 1990s, Ranked 260.1k VOTES In the 1990s, television was one of the fastest growing mediums. More TV shows were popping up than ever before, and ratings...
#2 of 64 The Best Professional Wrestling TV Shows 8.5k VOTES The very best professional wrestling shows on television, ranked from best to worst. This list of the greatest professional ...