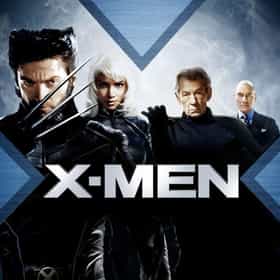 X-Men is a 2000 American superhero film based on the Marvel Comics superhero team of the same name, distributed by 20th Century Fox. It is the first installment in the X-Men film series. The film directed by Bryan Singer and written by David Hayter features an ensemble cast that includes Patrick Stewart, Hugh Jackman, Ian McKellen, Halle Berry, Famke Janssen, James Marsden, Bruce Davison, Rebecca Romijn-Stamos, Ray Park, Tyler Mane and Anna Paquin. It depicts a world in which a small proportion of people are mutants, whose possession of superhuman powers makes them distrusted by normal humans. The film focuses on the mutants Wolverine and Rogue as they are brought into a conflict ... more on Wikipedia