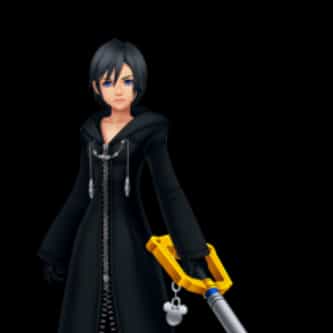 Kingdom Hearts is a series of action role-playing games developed and published by Square Enix. It is the result of a collaboration between Square Enix and Disney Interactive Studios. Kingdom Hearts is a crossover of various Disney settings based in a universe made specifically for the series. The series features a mixture of familiar Disney, Final Fantasy and The World Ends with You characters, as well as several new characters designed by Tetsuya Nomura. In addition, it has an all-star ... more on Wikipedia

Xion IS LISTED ON