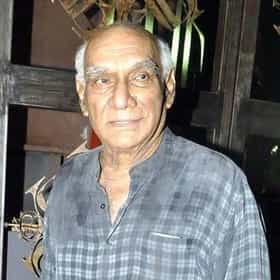 Yash Raj Chopra (27 September 1932 – 21 October 2012) was an Indian director and film producer who worked in Hindi films. The founding chairman of the film production and distribution company Yash Raj Films, Chopra is the recipient of several awards, including six National Film Awards and 11 Filmfare Awards. He is considered among the best Indian filmmakers. For his contributions to film, the Government of India honoured him with the Dadasaheb Phalke Award in 2001, and the Padma Bhushan in 2005. British Academy of Film and Television Arts presented him with a lifetime membership, making him the first Indian to receive the honour. Chopra began his career as an assistant director to I. ... more on Wikipedia

Yash Chopra is also found on...