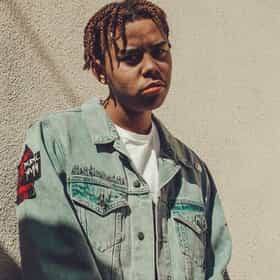 Cordae Amari Dunston (born August 26, 1997), known professionally as YBN Cordae, is an American rapper, singer raised in Suitland, Maryland, Dunston began rapping at a young age under the stage name Entendre. He released three mixtapes under this name; "Anxiety" (2014), "I'm So Anxious" (2016), and "I'm So Anonymous" (2017) before becoming a member of the YBN collective in 2018. Dunston subsequently gained popularity by releasing remixes of popular songs, such as "My Name Is" by Eminem, and "Old N*ggas" which was a response to the song "1985" by J. Cole. Videos to both remixes were uploaded to the WorldStarHipHop's YouTube ... more on Wikipedia

YBN Cordae is ranked on...