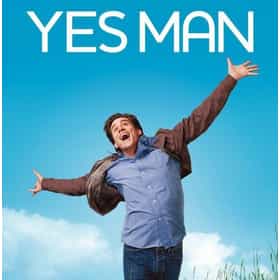 Yes Man is a 2008 British-American romantic comedy film directed by Peyton Reed, written by Nicholas Stoller, Jarrad Paul, and Andrew Mogel and starring Jim Carrey. The film is based loosely on the 2005 book Yes Man by British humorist Danny Wallace, who also makes a cameo appearance in the film. The film was a box office success, despite receiving mixed reviews from critics. It was released on December 19, 2008, opening at No. 1 at the box office in its first weekend with $18.3 million and was then released on December 26, 2008 in the United Kingdom going straight to the top of the box office in its first weekend after release. Production for the film began in October 2007 in Los ... more on Wikipedia

Yes Man is also found on...