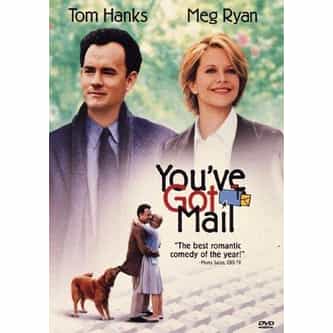 Tagline
At odds in life... in love on-line.
Someone you pass on the street may already be the love of your life.

You've Got Mail is a 1998 American romantic comedy-drama film directed by Nora Ephron, starring Tom Hanks and Meg Ryan. It was written by Nora and Delia Ephron based on the 1937 play Parfumerie by Miklós László. The film is about two people in a correspondence courtship who are unaware that they are also business rivals. An adaptation of Parfumerie was previously made as The Shop Around the Corner, a 1940 film by Ernst Lubitsch and also a 1949 musical remake, In the ... more on Wikipedia

You've Got Mail IS LISTED ON