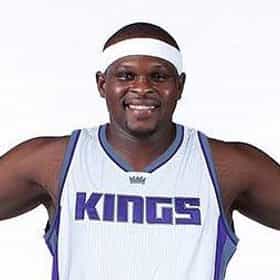 Zachary McKenley Randolph (born July 16, 1981) is an American professional basketball player who last played for the Sacramento Kings of the National Basketball Association (NBA). Nicknamed Z-Bo, the two-time NBA All-Star played college basketball for Michigan State University before being drafted in the 2001 NBA draft by the Portland Trail Blazers. He has played for five teams over the course of his professional career, making the All-NBA Third Team in 2011 with the Grizzlies. ... more on Wikipedia

Zach Randolph is ranked on...

Zach Randolph is also found on...