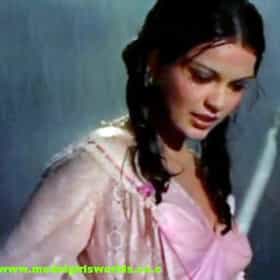 Zeenat Aman (born as Zeenat Khan) is an Indian actress, former model and beauty queen who is best known for her work in Hindi films throughout the 1970s and 1980s. She is widely considered to be a very influential actress of Indian cinema, and known as one of the few inspirational figures that revolutionized Bollywood in all. She made a massive impact on the image of its leading actresses by introducing the modern look to Hindi cinema. She had opened the new door for all the other actresses and had been an inspiration for many other heroines. At a young age, Zeenat began her professional career as a short-lived journalist for Femina magazine. Shortly after, she began to take up ... more on Wikipedia

Zeenat Aman is also found on...