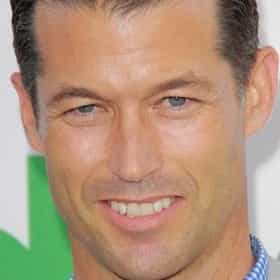 Zen Brant Gesner (born June 23, 1970) is an American television and movie actor. He is perhaps most recognized for his roles as Sinbad in the syndicated television series The Adventures of Sinbad, and was a regular cast member on the ABC daytime drama All My Children as bad boy and rapist Braden Lavery. More recently he's appeared in Miller Lite's "Man Laws" commercials as one of the "Men Of The Square Table". Gesner also appeared on an episode of the popular sitcom Friends in which he played Rachel Green's date. A graduate of the prestigious London Academy of Music and Dramatic Art (LAMDA), Gesner has appeared in several movies since his cinematic debut as ... more on Wikipedia

Zen Gesner is also found on...