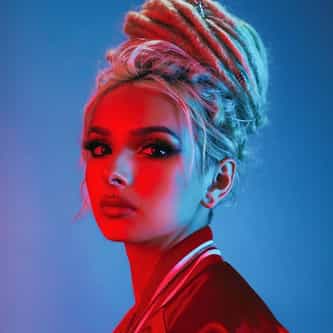 Carisa Zhavia Ward (born March 6, 2001), known professionally as Zhavia Ward, is an American singer and songwriter from Monrovia, California. She previously attended Norwalk High School. She rose to fame after competing in popular singing reality television show The Four: Battle for Stardom, which premiered on Fox on January 4, 2018, placing as one of the four finalists. In May 2018, Ward signed a deal with Columbia Records, and was featured on Diplo and Lil Pump's single "Welcome to ... more on Wikipedia

Zhavia Ward IS LISTED ON