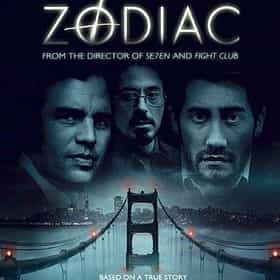 Zodiac is a 2007 American mystery-thriller film directed by David Fincher and based on Robert Graysmith's non-fiction book of the same name. Zodiac tells the story of the manhunt for a person who called himself the "Zodiac" who struck in and around the San Francisco Bay Area during the late 1960s and early 1970s, leaving several victims in his wake and taunting police with letters, blood stained clothing, and ciphers mailed to newspapers. The cases remain one of Northern California's most infamous unsolved cases. ... more on Wikipedia

Zodiac is ranked on...

Zodiac is also found on...