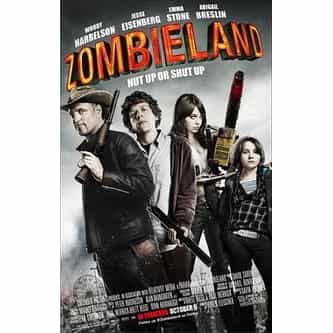 Tagline
This place is so dead

Zombieland is a 2009 American zombie comedy film directed by Ruben Fleischer from a screenplay written by Rhett Reese and Paul Wernick. The film stars Jesse Eisenberg, Woody Harrelson, Emma Stone, and Abigail Breslin as survivors of a zombie apocalypse. Together, they take an extended road trip across the Southwestern United States in an attempt to find a sanctuary free from zombies. ... more on Wikipedia

136 votes The Most Hilarious 'Zombieland' Quotes

Zombieland IS LISTED ON