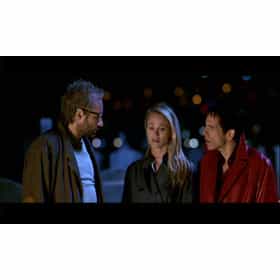 Zoolander is a 2001 American comedy film directed by Ben Stiller and, starring Stiller and Owen Wilson. The film contains elements from a pair of short films directed by Russell Bates and written by Drake Sather and Stiller for the VH1 Fashion Awards television specials in 1996 and 1997. The short films and the film itself feature a dimwitted male model named Derek Zoolander (Ben Stiller). The film involves Zoolander becoming a pawn in a plot to take out the Prime Minister of Malaysia by evil fashion executives. ... more on Wikipedia

Zoolander is ranked on...

Zoolander is also found on...