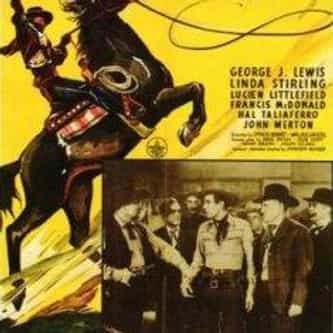 Zorro's Black Whip is a 1944 Republic Pictures film serial starring Linda Stirling. The film was made after the popular 1940 20th Century-Fox remake of The Mark of Zorro and Republic wasn't able to use the character himself, but still wanted to capitalize on it. However, and despite the title, Zorro does not feature in this serial. The hero is actually called The Black Whip throughout. The serial is set in pre-statehood Idaho, and involves a fight to prevent and ensure statehood by the ... more on Wikipedia

Zorro's Black Whip IS LISTED ON